5 tips for casting right actors for your film 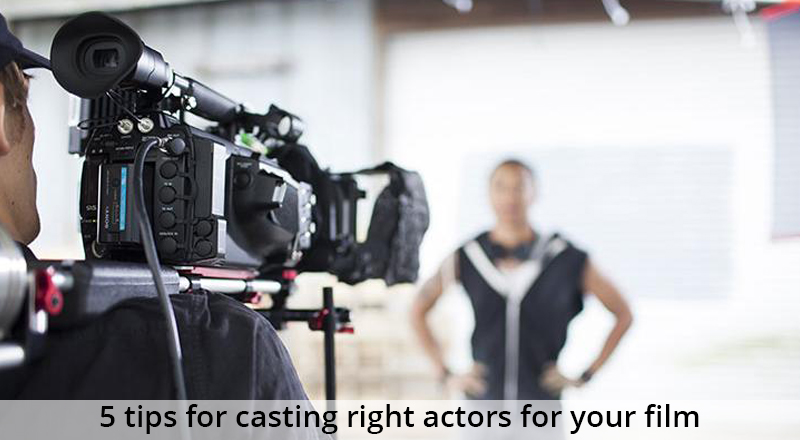 1) Check the appearance
There is no doubt about the fact that for film casting the most important aspect that the looks of the actor should match the character of your movie. He/ she should also be able to evoke emotions and dialogues just like the character that you have framed. Last but not the least; you must checkout the confidence that the actor has on himself/ herself. It is always better to trust on the camera than your own intuitions when choosing an actor for the movie.

2) Jot down acting features
Film casting is sometimes complex because it becomes difficult to choose between different actors. It is always suggested that you note down the good and bad things about the actors that you have called for screen tests. This acts as a useful reference later to choose the right one as per the script. The media houses these days also help you get the casting tapes to understand the acting potential in a better way.

3) Check direction taking capability
A right actor is one who can take your direction and feedback in the right way. Sometimes the ego of the actor comes in the way and they are not able to grasp your feedback and get into the character properly, which ultimately mars the essence of the movie.

4) Check the time sense
A film production house incurs lot of expenses when a film is made and the everyday setup is both time and cost consuming affair. Hence if an actor is not punctual or misses his slot frequently not only the launch of the movie gets delayed but also it leads to huge waste of money and time. This kind of attitude of one actor can also have an adverse effect on the other actors and co-workers of the movie. Moreover, it is always best to ask the actor how flexible he/she is for the time slots that you have you’re your movie and for travelling. Hence you will find some premium media houses keep a record of testimonials of the actors that are collected from the producers, directors and co-workers so that they can provide the directors with the best actors.

5) Do not make an early stage promise
Though just after the screen test you may feel one actor to be the best match for your movie, it is always advisable not to make any commitment about film casting just at that stage. It is always better to get into obligations after meeting all the potential actors.

If you are a busy film production house member and do not have enough time to choose every actor then you can seek help from the branded media houses to choose the right one.

how can we help you?

Contact us at the office nearest to you or submit a business inquiry online.